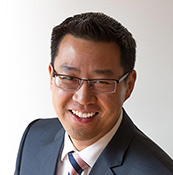 Chilton Chong is a surgeon with over 10 years’ experience in major teaching hospitals across Australia. After graduating with honours in medicine from the University of Melbourne Dr Chong completed advanced surgical training through Monash Health before being admitted as a Fellow of the Royal Australasian College of Surgeons in 2011.

In 2012 he underwent post-fellowship training at The Queen Elizabeth Hospital, Adelaide, specialising in breast, thyroid and parathyroid surgery during which time he became certified by the Australasian Society of Ultrasound Medicine for clinician-performed ultrasound. That year he became a member of Australian and New Zealand Endocrine Surgeons.

In 2013, Dr. Chong continued his practice at the Royal Perth Hospital in the sub-specialty of Oncoplastic breast surgery including techniques of breast reduction, breast lift surgery, immediate breast reconstruction and breast symmetry surgery. In doing so, he became one of the first breast surgeons in Australia to have completed the two year post-fellowship training programme of the Breast Surgeons Society of Australia and New Zealand (BreastSurgANZ).

In 2014, he was invited by his mentors to return to Melbourne as an associate of the respected Southern Breast Oncology, to commence practice as a consultant breast-endocrine surgeon with appointments at both public and private hospitals. That same year, Dr. Chong was made Adjunct Lecturer in Surgery at Monash University and appointed consultant surgeon for BreastScreen, Victoria. Dr. Chong went on to be awarded the 2014 John Collins Fellow Medal and Travel Grant from the Australian and New Zealand Breast Cancer Trials Group.

Dr. Chong stays up to date with the latest treatments by regularly attending overseas conferences and workshops and is himself both an invited reviewer and contributor of research articles in international academic journals in breast surgery. He is a Part I examiner for the Royal Australasian College of Surgeons.

Dr. Chong understands the anxiety that comes with facing surgery and being diagnosed with cancer. He is a great communicator who takes particular pride in putting his patients at ease and answering all their questions so that the GPs know that their patients will always be well-looked after.

Chilton is married to Emily and together they have three children, Leah, Marcus and Kayla.

“Surgical Treatment for Women with Breast Cancer in Relation to Socioeconomic and Insurance Status”, The Breast Journal 2014 Jan;20(1):3-8

“Review of MIRROR trial – Oral presentation at inaugural COSA Trainee Workshop, “Everything you need to know about Breast Cancer”, Melbourne

“Casting Calcifications on Mammography – a predictor of survival in women with small screen-detected invasive breast carcinoma?”