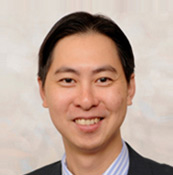 Mr. Loh pursued extensive sub-specialty training in Breast and Oncoplastic Breast Surgery locally and internationally. He commenced breast fellowship training initially at Royal Prince Alfred Hospital, Sydney. He then dedicated one year as a Rural Surgical Fellow in Wagga Wagga Base Hospital, NSW which has a very busy general surgical unit, performing both breast and general surgical procedures. Following this, he completed an Oncoplastic Breast Fellowship at Edinburgh Breast Unit, United Kingdom, the largest breast unit in the UK. He has been involved with research during his fellowships in Edinburgh and RPA resulting in publications in international journals. He specialises in both benign and malignant diseases of the breast.